I’m celebrating today, that we have today to celebrate with.  Firstly, a photograph taken by my husband of part of a statue that stands in St Pancras station, London.  An evocative piece which displays the struggle and the ingenuity of man over environment.  The second, a beautiful piece of poetry celebrating something quite different – the choice to leave some parts of life and of  the planet untouched by man.

This darksome burn, horseback brown,
His rollrock highroad roaring down,
In coop and in comb the fleece of his foam
Flutes and low to the lake falls home.

A windpuff-bonnet of fawn-froth
Turns and twindles over the broth
Of a pool so pitchblack, fell-frowning,
It rounds and rounds Despair to drowning.

Degged with dew, dappled with dew,
Are the groins of the braes that the brook treads through,
Wiry heathpacks, flitches of fern,
And the beadbonny ash that sits over the burn.

What would the world be, once bereft
Of wet and wildness? Let them be left,
O let them be left, wildness and wet;
Long live the weeds and the wilderness yet.

A big thank you to everyone who read and/or commented on my posts this year.  Starting a New Year always feels exciting and 2014 will bring a major change in my life, as my youngest will be leaving later in the year (hopefully) for university.  Seeing the boys, (all five of them) move into adulthood is the biggest joy of all, and spending time with them over the Christmas season has been a privilege. (albeit an untidy one).

Peace and good wishes to everyone for 2014.

The WordPress.com stats helper monkeys prepared a 2013 annual report for this blog.

A New York City subway train holds 1,200 people. This blog was viewed about 7,700 times in 2013. If it were a NYC subway train, it would take about 6 trips to carry that many people. 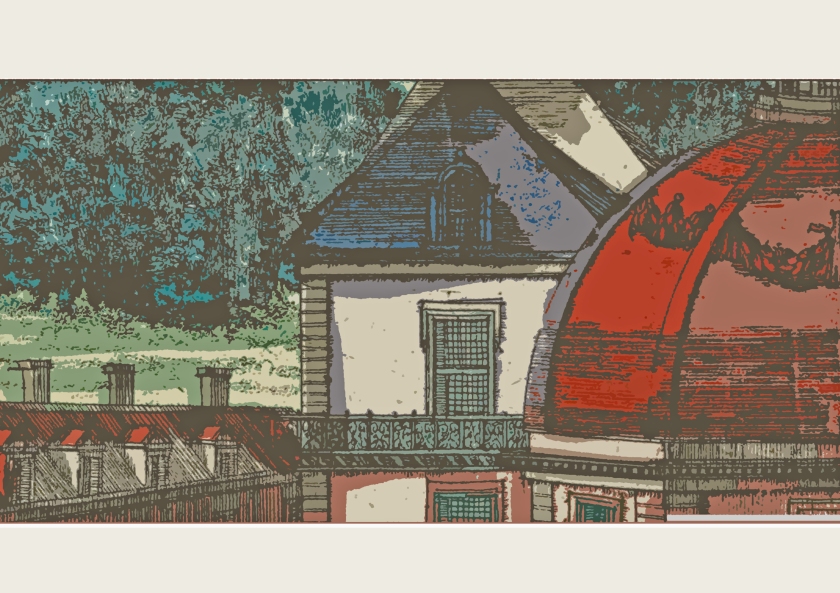 My father used to say,
“Superior people never make long visits,
have to be shown Longfellow’s grave
or the glass flowers at Harvard.
Self-reliant like the cat—
that takes its prey to privacy,
the mouse’s limp tail hanging like a shoelace from its mouth—
they sometimes enjoy solitude,
and can be robbed of speech
by speech which has delighted them.
The deepest feeling always shows itself in silence;
not in silence, but restraint.”
Nor was he insincere in saying, “Make my house your inn.”
Inns are not residences.

I love the Stoics – their attempt to master the meaning of life resonates still.  Let’s not make life difficult by talking about airy fairy concepts like happiness, let’s bring some structure to the existentialist questions that haunt us all, whether we pay attention to them or not.  Ultimately we all face the same challenges of living and dying – just got to pay attention as to how we decide to do it.

Good to remember , and the thought holds whilst I tackle the daily chores of ironing and domestic doery before I can settle down to the more pleasurable tasks awaiting me on the p.c.

Two commissions to do before Christmas, and one is a delight . I can’t tell you or I would have to kill you. Don’t want to do that.

Thanks St Augustine –  your words are duly digested. 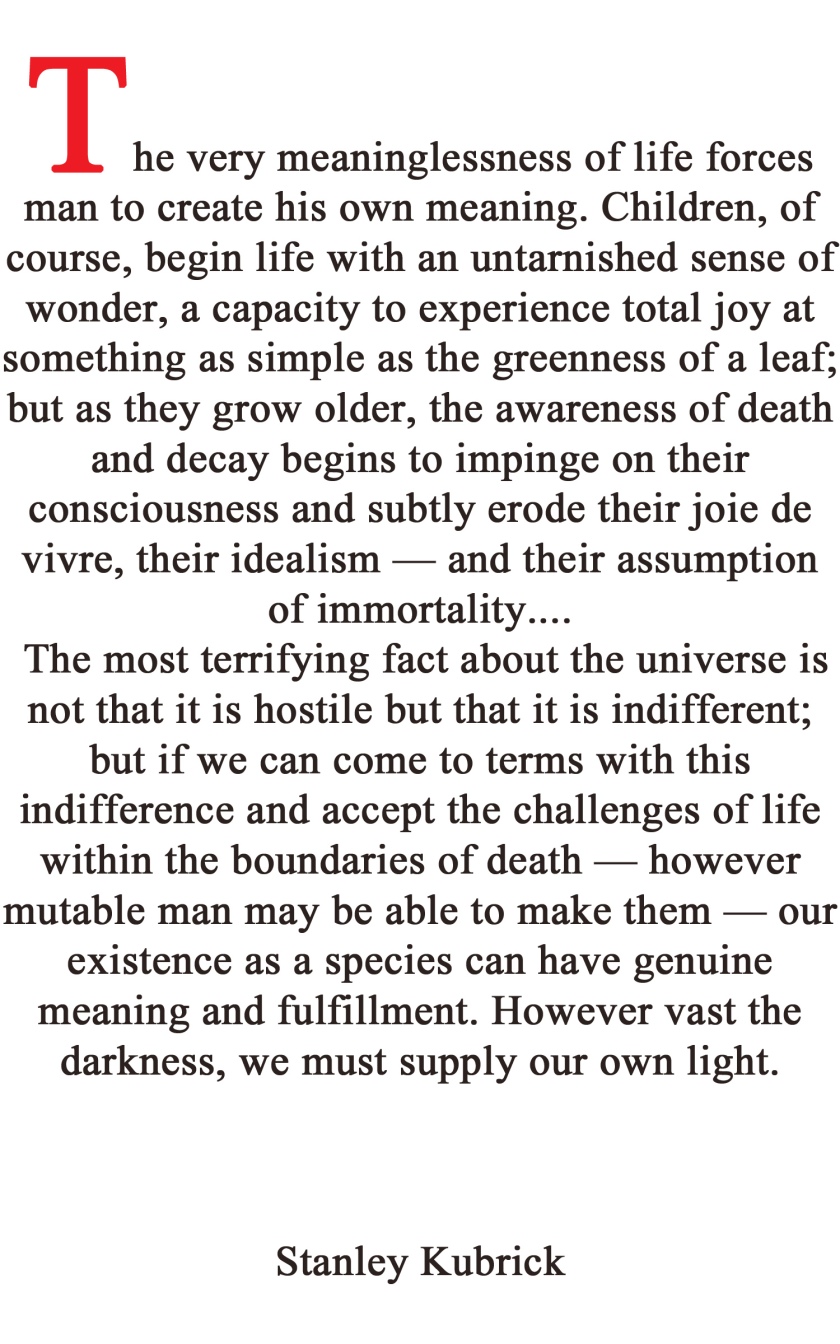 Learning how to supply our own light is a lifetime endeavour.  Finding out how to do it is a lesson best learnt young.

The fortunate ones are those who heed the lesson and continue to act upon it. Our days are limited. Waste some, but not all. Enjoy most if you can. Bear the unbearable with the knowledge that most things can be endured.

Sad today,  a huge , huge branch has fallen, suggesting that the beautiful ancient tree opposite  our window may not be in the best of health.  I have spent many times underneath that tree, sharing my thoughts, my concerns, my cries.  Always I have felt the majesty of its peace help me to repair.

I fear this may be the beginning of an end. Farewell to a beautiful friend.

There is so much buzzing about in my head at the moment, I cannot clearly sort my thoughts out and calm down to achieve the result I am aiming for.

I get so excited by all the knowledge and the creative output that has been achieved by the inhabitants of this tiny planet ovre such a relatively short period that I want to explode with the joy of it.

There is such alot of our modern world that I am repelled by, the greed and the violence, the selfishness and the lack of compassion.  But that is just the opposite side of the coin, and the brilliance of mind, the hope that comes from meeting people who are truly living their lives with compassion, and the miracle of being human is the flip side.

Wislawa Szymborska, poet extraordinaire says it better than I do.

A stunning poem came my way, and I had to feature it in my latest book project.

For you, here is the  poem

We are surrounded by the absurd excess of the universe.
By meaningless bulk, vastness without size,
power without consequence. The stubborn iteration
that is present without being felt.
Nothing the spirit can marry. Merely phenomenon
and its physics. An endless, endless of going on.
No habitat where the brain can recognize itself.
No pertinence for the heart. Helpless duplication.
The horror of none of it being alive.
No red squirrels, no flowers, not even weed.
Nothing that knows what season it is.
The stars uninflected by awareness.
Miming without implication. We alone see the iris
in front of the cabin reach its perfection
and quickly perish. The lamb is born into happiness
and is eaten for Easter. We are blessed
with powerful love and it goes away. We can mourn.
We live the strangeness of being momentary,
and still we are exalted by being temporary.
The grand Italy of meanwhile. It is the fact of being brief,
being small and slight that is the source of our beauty.
We are a singularity that makes music out of noise
because we must hurry. We make a harvest of loneliness
and desiring in the blank wasteland of the cosmos.

It became the focus and inspiration for my exploration of a new book project.

This handmade small book is a lovingly crafted individual piece of work that attempts to reflect the wonder and the majesty of being human through poetry, observation and artwork. It features as it’s main focus a poem by Jack Gilbert. This is a poem that reflects my own feelings of paradox and powerlessness in a complicated, curious world. That is why I have called the project ‘phenomenon’, drawn from the poem /

Jack Gilbert may not be as known to the English audience, but his poetry is inspired by the likes of Ezra Pound and T.S .Eliot, and he combines a meticulous use of language with the control of a master, so that the reader is drawn in and can feel meaning. That is the power of good poetry, the encapsulation and distilling of ideas and feelings, in an attempt to communicate meaning.

I chose Kandinsky’s ‘Circles’ as the visual accompaniment to the poem, and for me it works wonderfully well. I wanted to marry these visions of expanse with the historical expressions of how the universe was once depicted.. We live in an expanding universe, and a personal world of continual renewal and exploration. Human’s have always experienced the world as an environment of change, and it is our challenge to develop methods to sustain ourselves and our companions on this fascinating planet .

If you want to see more of my hand made books you don’t need to go far, there are some featured in this blog on My Etsy Page.